Toddlers can be chock full of surprises with one of them being, unfortunately, temper tantrums.

If you’ve recently experienced an emotional outburst from your toddler then you may understand how incredibly frustrating it can be to try to calm your little one down without losing your own cool.

Well, the experts have weighed in and there are several ways that you can stop toddler temper tantrums quickly, efficiently and in the most gentle way possible.

How to Stop Toddler Temper Tantrums 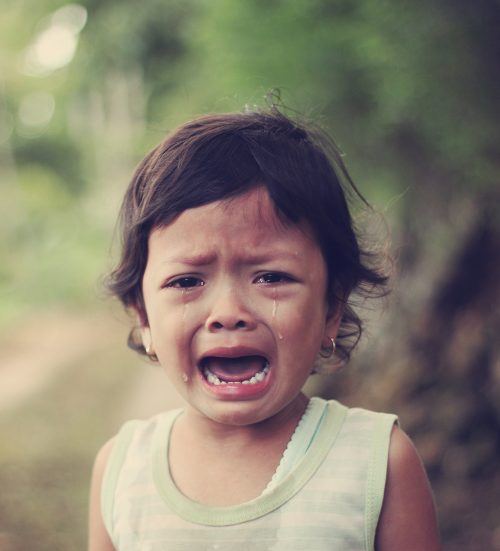 This parenting thing isn’t as easy as we thought it would be, am I right?

And unfortunately, kids aren’t born with manuals so as they develop mentally, physically and emotionally, we all just kind of wing it until we figure it out.

However, when it comes to preventing and controlling toddler temper tantrums, most experts agree that the below steps work the best for gently calming down your little one fast.

Our emotions often reflect through our toddler’s behavior.

When you’re visibly upset or angry during a tantrum, it may become way worse.

Instead, take a few seconds to get yourself under control and completely analyze the situation.

Refrain from speaking to your toddler until you can communicate in a calm enough manner to address the issue.

There are several reasons why a toddler may have a temper tantrum.

One reason may be that your toddler is tired, hungry, sleepy or uncomfortable.

Another reason is that your toddler may lack the words to express what they want or how they feel.

Whatever the case may be, toddler temper tantrums can usually be resolved pretty quickly by kneeling down to your toddler’s eye level and gently asking them what’s the issue.

If it’s an easy fix that you handle right then and there, then the problem is solved.

If not, then you’ll want to calmly explain why you can’t or will not fulfill their request.

3. Distract with a busy object

Toddlers have an average attention span of 3-6 minutes and when boredom strikes it could lead to a temper tantrum that seems to come out of nowhere.

Boredom could also be why your toddler misbehaves during long trips to the grocery store or any other public outing.

To prevent this from happening, carry toys, books or sensory bottles with you so that when your toddler becomes restless you can keep them entertained long enough to finish your shopping trip and get back home in peace.

4.  Comfort with displays of love and affection

Toddlers crave attention and its quite easy for them to feel neglected when you’re focused on something else.

Giving your toddler a big, strong hug and a few kisses may be just enough to make them feel better thus stopping a temper tantrum dead in it’s tracks.

But before you dive in with the bear hug, it’s best to ask your toddler if they even want one to begin with.

If you invade their space without consent it could lead to them behaving worse or even lashing out at you.

5. Leave the scene of the crime

Whenever your toddler acts out in a public space or even in the home, leaving the area in which the tantrum occurred works like a charm.

Changing environments temporarily distracts your toddler and placing them in a quiet, distraction-free area can lead to your toddler stopping their tantrum altogether.

Also. allowing your toddler to unleash their emotions safely and privately without the onlook of strangers can be sanity-saving.

Your toddler expressing themselves fully while going through their emotions is a natural part of emotional development and is actually a good thing for them.

The science behind toddler temper tantrums… 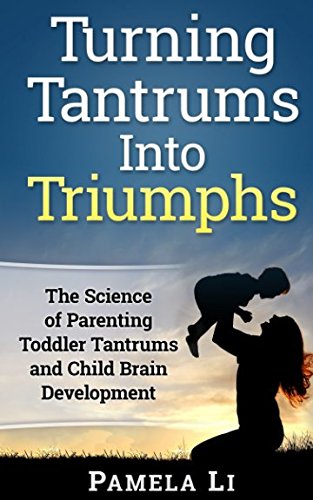 You may find that dealing with a toddler temper tantrum on your own can be overwhelming.

Turning Tantrums Into Triumphs is your step-by-step guide to dealing with temper tantrums in the most effective way possible.

If you’ve exhausted all measures to getting your toddler’s emotional outbursts under control, then this book is a must read.

Check it out to learn how you can teach your toddler emotional self-control using practical methods all backed by scientific research.

Of Life and Toddlers is a participant in the Amazon Services LLC Associates
Program, an affiliate advertising program designed to provide a means for
sites to earn advertising fees by advertising and linking to Amazon.com or
endless.com, MYHABIT.com, SmallParts.com, or AmazonWireless.com